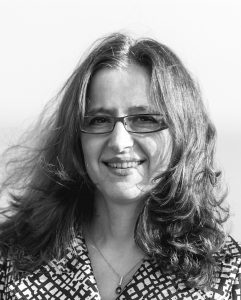 Before Albena Dinkova-Kostova, Ph.D. trained to become a scientist, she trained as a seamstress.

She was 16 years old and living in Ruse, a large cosmopolitan city located on the south bank of the Danube River in northeastern Bulgaria, her home country. Just across the river lay Romania, connected by a single bridge that ran through the heart of Ruse. Bulgaria was under socialist rule at the time, and the country’s education officials had mandated that all students who graduate high school should know how to do something practical. Some students trained to type, while others trained to drive. Dr. Dinkova-Kostova trained to sew.

“I learned that you have to be very careful before you cut things,” says Dinkova-Kostova. “You can’t un-cut them.”

Mastering those early lessons – planning, thinking ahead, and considering all the consequences – served her well. After high school, Dinkova-Kostova earned her master’s degree in biochemistry from Sofia University, in Bulgaria, and her doctoral degree in biochemistry from Washington State University, in the United States. She now serves as a professor at the University of Dundee, Scotland, and as an adjunct professor at the Johns Hopkins University School of Medicine. Dinkova-Kostova has co-authored more than 140 publications, gleaning over 12,000 citations. In 2011, she was the recipient of the Arthur C. Neish Young Investigator Award of the Phytochemical Society of North America.

During Dinkova-Kostova’s doctoral studies with Dr. Norman G. Lewis, her work focused on enzymes involved in the production of plant compounds called lignans. These compounds have cytoprotective and antimicrobial properties that enable trees, for example, to live hundreds of years. In her research, she came across the work of the late Dr. Paul Talalay, the Cullman Chemoprotection Center’s founding director. Just a few years earlier, Talalay’s group had discovered that a substance found in broccoli could switch on cellular responses that regulate protective mechanisms in human cells, promoting detoxification and reducing oxidative stress. Sulforaphane was identified as the likely culprit, putting broccoli on the chemoprotection map.

“I thought it was fascinating,” says Dinkova-Kostova. “I realized that the compounds I was studying in plants could have profound consequences in humans.” Her interests shifted to learning how natural products could be used to protect human health, and in 1996 she came to work in Talalay’s laboratory.

Although Talalay and his group had been studying chemoprotective responses and the enzymes that switch them on for nearly 15 years, identification of the molecular mechanism that regulated them had remained elusive. A group in Japan, however, led by Dr. Masayuki Yamamoto discovered that a biochemical pathway called the Nrf2-Keap1 system responds to cellular stress by inducing the production and activity of detoxication enzymes.

Typically, Nrf2, a protein, resides in the cytoplasm, the area that lies between the cell’s nucleus and the membrane. Another protein, Keap1, regulates how much Nrf2 is present in the cell at any given time. Under conditions of cellular stress, however, Keap1 is disabled, allowing Nrf2 to accumulate and travel to the nucleus, where it binds to specific DNA sequences in the regulatory regions of cytoprotective genes, switching on their production. 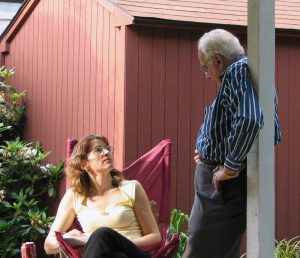 Talalay quickly tasked Dinkova-Kostova with identifying the “sensor” within Keap1 that regulated the cellular response to oxidative stress, facilitating Nrf2’s accumulation. “We knew it had to be a cysteine-based sensor, we just didn’t know which one,” says Dinkova-Kostova. Unfortunately, Yamamoto’s lab had identified 27 cysteines in the Keap1 protein, presenting Dinkova-Kostova with a daunting task. Using a mass spectrometry approach, Dinkova-Kostova’s work revealed that instead of a single sensor, there were multiple cysteine-based sensors on Keap1 that recognize and interact with plant-based dietary compounds like sulforaphane, switching on the activity of cytoprotective enzymes.

Her findings, which were published in 2002 in the Proceedings of the National Academy of Sciences, have been cited more than 1,600 times. Now, some 17 years later, the biggest surprise in her scientific career is still sulforaphane. “We keep discovering new things about the effects it has in cells and animals,” says Dinkova-Kostova. “I’m fascinated by it.”

Dinkova-Kostova’s current appointment at the University of Dundee complements her fascination. “My science is curiosity-driven,” says Dinkova-Kostova. She indulges her curiosity by building on what she started with Talalay, focusing on further understanding of cellular stress response mechanisms. “I’m interested in understanding how these cytoprotective mechanisms are regulated and how we can use this knowledge for disease prevention and treatment,” says Dinkova-Kostova.

She brings that curiosity to the Cullman Chemoprotection Center, as well, coupled with her focus, which sits at the interface of chemistry, biology, and medicine. “Albena ravenously reads the [scientific] literature and remembers accurately what she reads,” says  Dr. Jed Fahey, Director of the Cullman Chemoprotection Center. “Time and again she has reminded me of something in the literature that I may vaguely remember, but she remembers it chapter and verse. This is a somewhat rare ability, and it complements and even magnifies her ability to ‘do science.'” 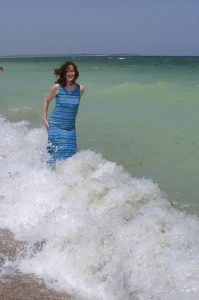 When Dinkova-Kostova isn’t in the laboratory, her favorite pastime is walking, especially along the waterways and coasts of Scotland and her native Bulgaria. “I find the sea very refreshing,” says Dinkova-Kostova. “It never looks the same, it’s always different.” A favorite destination is Scotland’s Isle of May, a bird sanctuary that is home to thousands of nesting seabirds, especially puffins. She and her husband, who is also a scientist, often visit the island and walk among the birds, marveling at the small island’s abundance of resources and the birds’ peaceful coexistence.

In one of life’s interesting twists, Drs. Talalay, Fahey, and Kensler each have alter-egos with roots in the state of Maine – the only state in the US with resident puffins, a clown-like bird they have all greatly admired. Kensler kayaked in the Gulf of Maine to witness the unique birds; Talalay and Fahey observed them from motorized viewing platforms; Dinkova-Kostova walks among them. Further testimony to both their different approaches to learning as well as their like-mindedness.

Dinkova-Kostova divides her time between the Cullman Center and the University of Dundee. When not at the Cullman Center, she makes regular video calls to Baltimore, says Fahey. “Her advice has been critical, and her insistence upon always circling back to first principals of science and sound experimentation is highly valued by all.”

“If I ever knew of her teen-aged training, I had forgotten it,” adds Fahey. “However, the adage that ‘you can’t un-cut something’ typifies the rigor and the care with which she approaches science and with which she mentors others – old and young alike.”

Puffins on the Isle of May, Scotland. Photo courtesy of Dinkova-Kostova.