Moringa and the Cullman Center’s Dr. Jed Fahey are featured in this video from ATTN*, which has had more than 3 million views! Click on the image below to view. 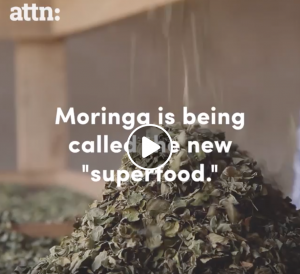 *ATTN: is a relatively new media company that gets billions of “impressions” and about a billion monthly video views. They do original reporting and produce mini-documentaries. For example, they report on sources of food, sustainability, and healthy eating in their most recent series,“Your Food’s Roots,”with actress Zooey Deschanel.

Broccoli and breast cancer. Most breast cancers are characterized by the presence of receptors for estrogen, progesterone, and a protein called HER2, a trifecta of substances that

fuels the cancers’ growth. Triple negative breast cancer (TNBC) – one of the most aggressive forms of the disease – tests negative for these receptors, so TNBCs don’t respond to hormonal therapy or medicines that target HER2 protein receptors. Roughly one in five women who are diagnosed with breast cancer have TNBC. As such, it poses a notable public health concern.

For nearly three decades we’ve been demonstrating how broccoli and broccoli sprouts offer promise as dietary approaches to preventing chronic diseases, including cancer. In 2007, we and our colleagues published findings from a study showing that following oral consumption of a broccoli sprout beverage, sulforaphane was measurable in human breast tissue. Now, a recent study conducted at the National Cancer Institute demonstrates that sulforaphane might also be effective against TNBC.

In the study, sulforaphane inhibited malignant cell proliferation in a dose-dependent manner in a human breast cancer cell line and inhibited tumor sphere formation in cultured cancer stem-like cells. This very sensitive suppression of cancer stem cell self-renewal could be critical to the processes of tumor initiation and maintenance.

When tumor cells were introduced into mice, sulforaphane treatment reduced tumor size by 29 percent, compared to untreated control mice. Sulforaphane also inhibited the expression of several cancer-specific genes and a variety of stem cell markers. This evidence points toward disruption of a specific, critical, pro-cancer metabolic pathway by sulforaphane. Since there is no effective therapy for TNBC, these findings could have important public health relevance.

To learn more about TNBC and the Triple Negative Breast Cancer Foundation, visit their website.

Pulling back the curtain on autism. Whereas many clinical interventions have demonstrated that sulforaphane reduces symptoms of autism spectrum disorder (ASD or autism), mouse models – critical to the scientific understanding of many diseases, including autism – are lacking. Recently a special strain of mouse was found to exhibit some of the behavioral deficits that are common in autism, manifested in the mice as compulsive behavior (burying objects in their bedding), asocial characteristics (reduced interaction), and repetitive habits (excessive grooming). In a new study from King Saud University in Saudi Arabia, researchers used these mice to add mechanistic evidence to our research collaborators’ observations of social and behavioral characteristics in humans on the autism spectrum.

After daily dosing with sulforaphane for one week, the mice exhibited more normal behavior in all categories. Normal control mice were unresponsive to the same sulforaphane treatment regimen. Furthermore, certain types of immune signaling were suppressed, and the oxidant-antioxidant imbalance in the brain, spleens, and circulating blood of the mice was re-set, likely through Nrf2-activated mechanisms. These findings bolster the hypothesis that we and others have made that Nrf2 activation is involved in suppression of ASD symptoms in humans. Conclusions from this new study are exciting and are of great relevance to the clinical trials on autism in which the Cullman Center has been involved. 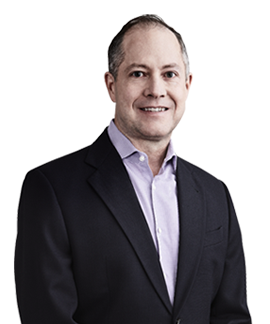 Dr. W. Christian Wigley (pictured, right) presented a very well received seminar for the Department of Pharmacology and Molecular Sciences and the Division of Clinical Pharmacology in the Department of Medicine at Johns Hopkins last month titled, “Targeting the Keap1/Nrf2 pathway in chronic inflammatory disease.” Dr. Wigley, a Founder and Vice President of Research at Reata Pharmaceuticals in Irving, Texas, has been at the forefront of research on the key pathway by which sulforaphane from broccoli sprouts and moringin from Moringa oleifera exert much of their chemoprotective effects. His company is developing drugs, some of which start with the molecular building blocks of phytochemicals, to target the Nrf2 pathway. There is much to learn about how our favorite natural compounds work from the sorts of studies that Dr. Wigley presented. For the past two years, Reata has funded mechanistic studies of one of these drugs by Dr. Sharadha Dayalan Naidu in the Cullman Center.

We often receive questions about a variety of topics – via Twitter, Facebook, email, and directly – from researchers, interested non-scientists, and patients. We frequently don’t get around to answering people individually. While this is regrettable, without enhanced staffing for outreach, it probably will remain so. (And of course, we cannot give personal medical advice in any format.)

We’d like to use this section of the newsletter, however, to circle around to answer some questions that seem to have common themes. We’ll post the answer on the FAQ section of our website, too, which we encourage you to visit.

The following question exemplifies many that we have received about bladder cancer.

Question: I am fighting bladder cancer, and I am interested in exploring ways to prevent or delay a recurrence. I viewed your presentation, “Development of Sulforaphane as a Nutritional Supplement,” and I see promise in a dietary approach to prevention. Can you comment?

Shortly after their consumption, isothiocyanate compounds and their conjugates build to very high concentrations exclusively in the urinary bladder and, therefore, are able to exert their selective activity against tumor cells in the bladder epithelium. A study we published in Carcinogenesis in 2010 showed that in a rat bladder cancer model, not only was bladder cancer growth markedly inhibited, but all muscle invasion was blocked, and key proteins involved in cell growth, division, and death were significantly modulated by dietary mustard seed powder – possibly the perfect storm against bladder cancer. Although the study was conducted using the predominant isothiocyanate found in mustard seed, we believe that the conclusions may apply equally to sulforaphane from broccoli sprouts and to moringin from Moringa oleifera.

We need your help to keep all of our exciting research projects going. Our center is funded primarily by grants and philanthropy – not internal funding. Please consider contributing to move our important research agenda forward. Find out more about how donations benefit both us and you here.