Protection Against Oxidative Stress and Inflammation: Skin and UV Radiation

Solar ultraviolet (UV) radiation is a complete carcinogen and excessive exposure to UV is responsible for the current epidemic of skin cancer in the US.

One manifestation of UV radiation damage is erythema, or reddening of the skin. We have used a Chromometer to quantify precisely and reproducibly the erythema response of skin 24 hours after exposure of skin of human volunteers to a range of doses of narrow band (311 nm) UV radiation. 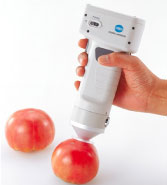 A chromometer (an instrument used to measure color of commercial products), was used to measure precisely and reproducibly the reddening (erythyma) of the skin after UV radiation exposure.

Topical application of a sulforaphane-containing broccoli sprout extract to human skin induces the phase 2 response and protects against the erythema/ inflammation produced by UV radiation.

Three of six subjects responded with a highly significant 38% – 78% reduction in erythema. In the other three subjects redness was measurably, but not significantly (8% – 24%) reduced.